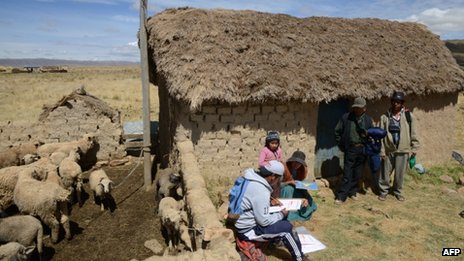 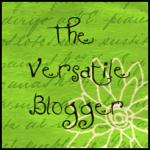 THE CENSUS is serious business in New Zealand, even more than it is in the Philippines.  At the top of the census form, the chief Government Statistician solemnly declares “census information is needed for planning vital public services such as education, health, housing and transport.  It is also used to help understand how our society changes over time.”

As if that wasn’t enough, the companion Guide Notes anticipates me asking awww do I really have to?  “Yes (the census is compulsory), filling in census forms is required by law.  Under the Statistics Act of 1975, everyone in NZ on census day must fill in a census form.  Wow, clear enough.

Sigh.  Below are the actual questions and, where appropriate and applicable, are my answers.  Some are serious, others, semi-serious, still others not at all.  I have to submit these midnight tomorrow, and I’m on evening shift, so I hope you’ll just go with the flow, maraming salamat po.

Question Number 3. Where do you usually live?

I usually live in a rented flat that takes a good chunk of my wages, but I could do a lot worse.  Including the bike ride and preparation, I actually spend 10 hours daily at work. Am not complaining ha… say, everything’s confidential right?

(Hmm, I don’t see the immediate relevance of this, but) on that date I was between work visas and clutching at straws, but luckily found a job and stayed here incidentally to be able to answer your census.  If you really wanna know, I was in Auckland and had no idea I would be moving to Wellington.  Looking back, it was a great move.  Nothing against AKL, especially the kabayan over there, but I’m all good with the quality of life here.

Question Number 9. Which country were you born in? (tick either NZ, Aussie, jolly ol’ England, China, People’s Republic of, as opposed to Chinatown, Chinese community in NZ, or Chinese communities everywhere else, India, South Africa, Samoa, Cook Islands, or other).

Neither.  I was born in the land of Manny Pacquiao, Jessica Sanchez, Menchu Sanchez, Charice Pempengco, Jabbawockeez, the homeland of a lot of nurses, caregivers, TelstraClear and Downer linemen here and that lady Prince Philip flirted with two weeks ago, Islas de los Pintados, Pearl of the Orient or more popularly known as the Philippines.  I’m surprised that as one of the top five ethnic migrant groups here, and probably the fastest growing group, you’re not listing down Pinoys as a choice in your questionnaire.  Sana next time Mr Statistician?

Question  number 19. Show all the people who live in the same household as you (I’m only including in the enumeration that might apply to me) :

I could’ve stopped and just ticked the first choice, but I do appreciate your attempts at being politically correct, tolerance and all that.  And you can be assured that, if I or anyone close to me were in a same-sex relationship in the same household, I would proudly declare it. 🙂

Question number 21 and 22.  Do you smoke cigarettes regularly (that is, 1 or more a day)? Have you ever been a regular smoker of one or more cigarettes a day?

Again, I don’t see the immediate relevance, but sure there are public health issues, so No I don’t, and yes I was.  But it was some time ago, and hopefully never again.

There were some more interesting questions, but this is all the time I’ve got, and hopefully I was able to ease some of your boredom.  Hope you had more fun than I did filling out your census form! 😉

2 thoughts on “your census or your life”