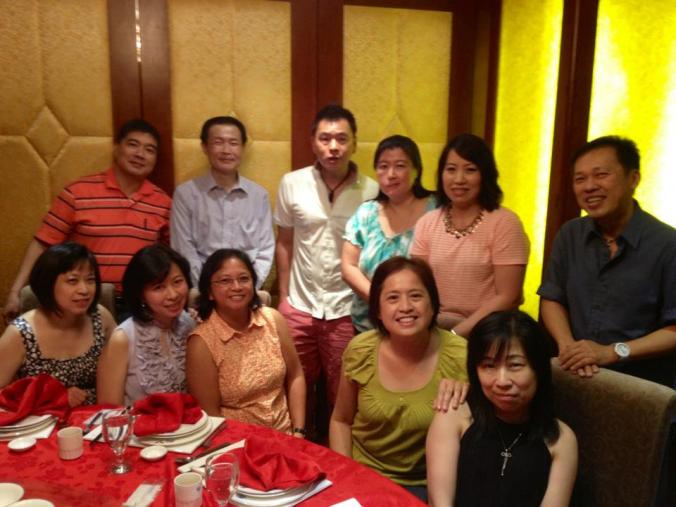 IT STARTED OUT a bit awkwardly, and everyone was just figuratively shuffling their feet and thinking of something clever to say.  Or maybe it was just because we were more than an hour, embarrassingly late for the small gathering?

In any case, as soon as we sat down, we warmed up to both the food and the great company, and things flowed naturally from there.

One of the batchmates around talked about how hard it was to manage fine dining establishments, shuttling between Singapore and the Philippines, and spending quality time with the family.

Another kabatch talked about how hard it was to quit a vice that was a disadvantage to both health and career, something all of us, regardless of age, could relate to.

Still another friend marveled that despite all the far-flung outposts, wild adventures and life dramas we had reached and experience, we were all back home ready to trade stories and inspire each other.

Such was the stuff of our dinner with classmates from overseas, as distant as the Americas and Canada, as far down south as New Zealand, and as close as four hours away in Singapore.  Pagkalayo-layo man ng narating, sa simbahan pa rin ang tuloy..

Thanks SJCS 82 officers led by Ricky Ko Pio for the generous treat, and Ms Maribeth Ang-Wong for hosting !

Now, onward to the grand reunion!